“Ode to Laff: a Laughony” is an attempt to create community through planned acts of silliness. For the first performance, I conducted a symphony of 4 movements roughly framed around Beethoven’s 9th (Ode to Joy). The orchestra consisted of volunteers “playing” their fake laughs, arranged in orchestral sections based on tonal quality (pitch and texture). The performance lasted approximately 20 minutes and included commercial breaks between movements. This was an Ode to the Laff Box, Charlie Douglass’ invention for canned laughter to “sweeten” sitcoms, as well as an experiment in fusing audience and performer. 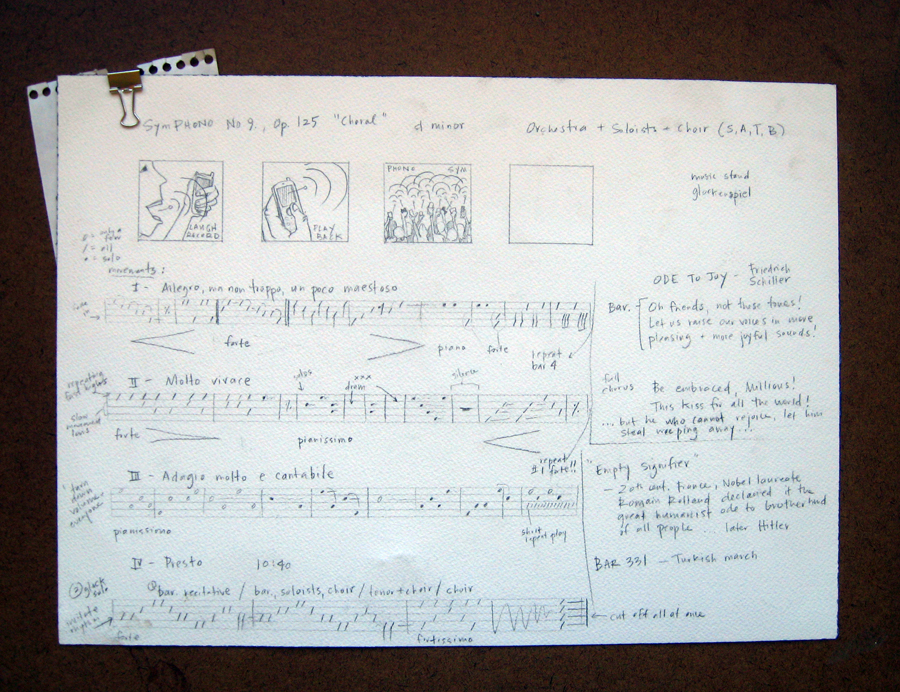