“Noooo!” was filmed and edited in April 2010 by Good Stuff House, a collaboration between Chris Lin and Kayce Bayer

As an interactive installation, Noooo! for Op Shop: Adhocity (located in an old Hollywood Video Store) in Chicago, we set up a cardboard film set based on the climatic final act in The Empire Strikes Back where Luke Skywalker learns that Darth Vader is his father. This iconic scene is beloved by fans and often quoted, yet what cannot be expressed in a mere quote is its wide gamut of emotions.  We created a visual quotation to the 5-second scene in question: each shot was synced to the original shot from the film as the amateur set playfully mimicked the sleek future of the “Cloud City.” At the opening, we invited visitors to act as either Luke Skywalker or Darth Vader in a re-enactment.  The players were videotaped while they reinterpreted the scene with their own personal touch. After the “shoot” (opening night) was over, the footage was edited and placed on a compilation DVD available for rent (“take” for free).

The video acts as document of performance, but also a work in itself.  Once edited, the context of the original scene is gone, the pairings become a playful interpretation of pop culture, and the characters of real-life are elevated.

Here is the original script and our shot model: 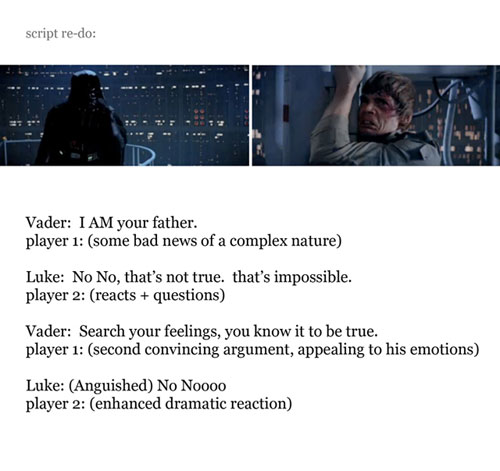 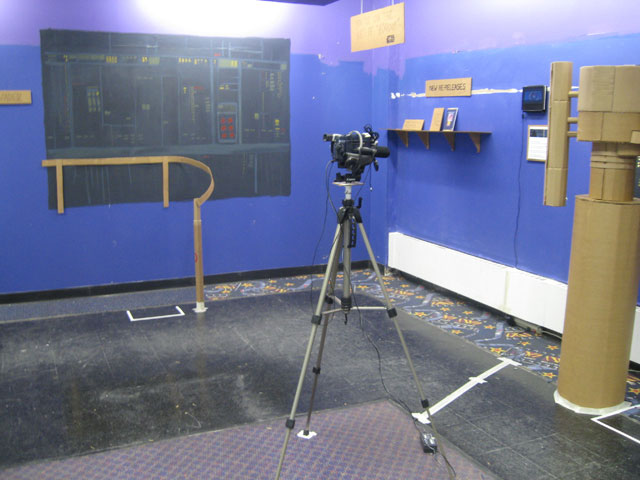 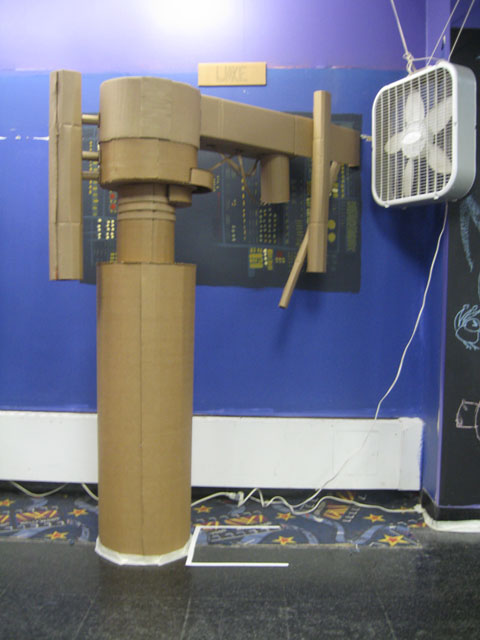 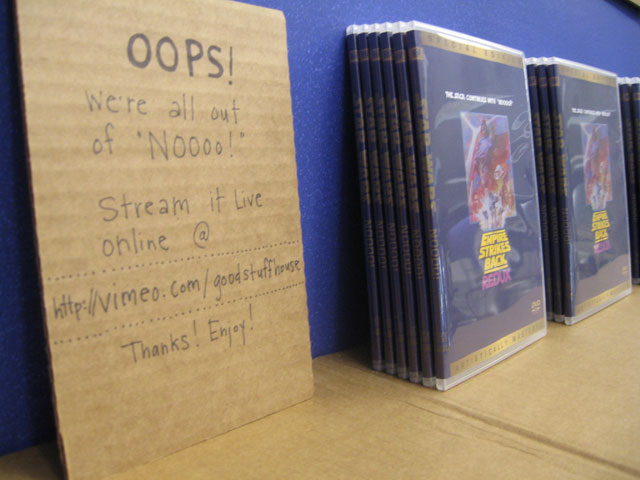 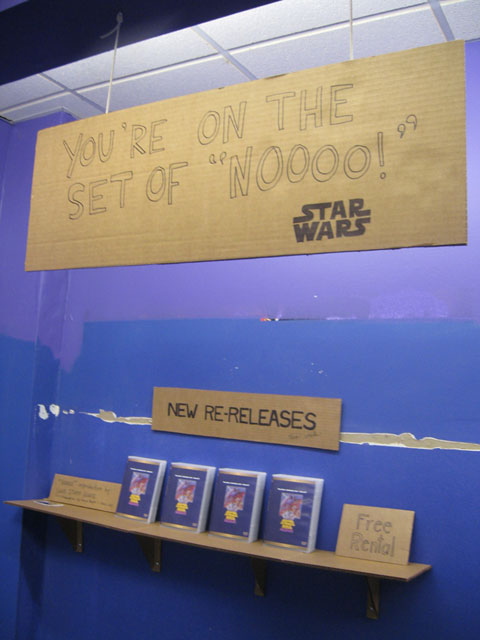 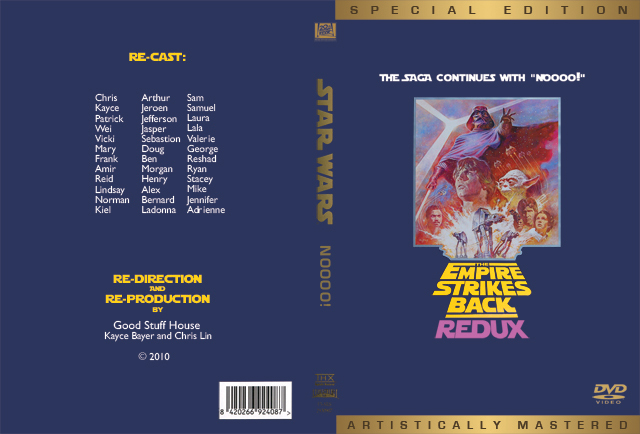