“Remake” Closing Event
Eel Space, Chicago
2/19/2011
set list:  remakes of “The Pill” by Loretta Lynn, “Enter Sandman” by Metallica, “Kiss you through the phone” by Soldier Boy, “Shake it off” by Mariah Carey, and “Baby” by Justin Bieber 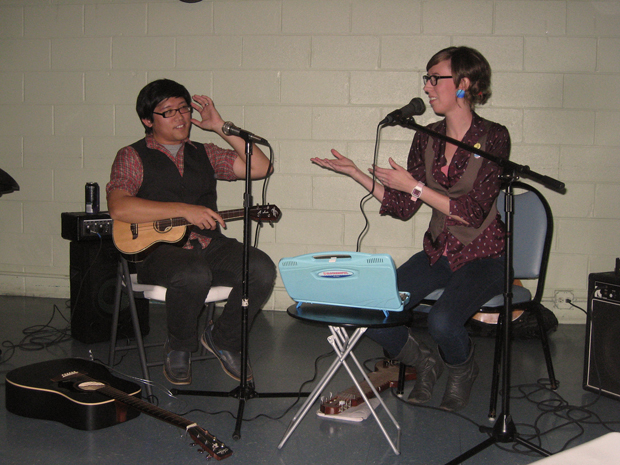 Kayce also used to play with Les Chouettes in Memphis, TN (where they once shared the bill with the Mountain Goats and Calvin Johnson).